VoIP by innovaphone takes CNR (Consiglio Nazionale delle Ricerche / National Research Council) by storm: the voice over IP solution by German manufacturer, innovaphone, has successfully been installed at CNR after a test phase. 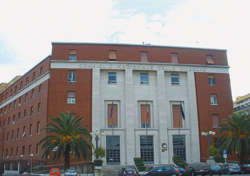 Nowadays, VoIP technology is commonly used in a wide range of companies and research institutions. Extremely diverse solutions are deployed from a vast array of manufacturers. The complex IT infrastructure at the research institution CNR (National Research Council) means CNR is subject to a very difficult scenario: each location – of which there are about 400 – makes its own autonomous decisions concerning its telecommunications infrastructure, which makes it difficult to implement one particular manufacturer’s solution as these are often proprietary solutions and not compatible with other products. This is the background information to the VoIP project which was initiated by some of the CNR institutes.

Manlio Astolfi from the development and communications infrastructure department summarizes, “With our initial IP telephony tests, we had in mind to gradually launch VoIP technology at CNR locations, gradually introducing VoIP telephones and Softphones,a s well as integrating the existing telephone numbering plan, whilst still ensuring a high degree of user friendliness for our employees. This also means that every user should be available over IP as well as over the Softphone or traditional telephone and that it should be possible to reach every user under one and the same extension number using any of these devices. In this context, the user was able to decide for himself during the test phase which connection should be used, by pre-dialling the number 0 for a traditional phone line or 8 for an IP connection. Keyword ‘mobility’: the Softphone becomes a virtual telephone extension in the office – no matter where the user is and providing he has an internet connection.”

Astolfi continues, “The solution used is both ‘multi-vendor’, i.e. not tied to one particular manufacturer as well as open source. The devices come from various manufacturers: this was caused by the fact that some locations had previously already decided upon their VoIP system. Furthermore, the system foresees the use of Open Source software. It had been agreed to use the standard ITU-T H.323, however every location also has the possibility to integrate the IETF SIP standard. That is one of the good things about an open solution: it enables new CNR locations and other scientific institutions in Italy and abroad to be integrated easily.” 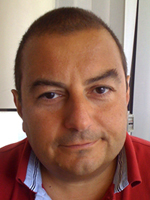 “Products from other manufacturers were also tested in the initial phase, after which head office made the decision in favour of the innovaphone system. Two IP6000 gateways were installed; Fax-Server and Fax-to-mail were integrated over Asterisk. Both PBXs will in future be moved to the machine room at CNR – at the moment we are waiting for the PRI connections to be switched,” explains Astolfi. “The old telephone lines have been completely capped and the gateways have taken their place in the racks. Furthermore, we have gained more room by doing this, and there is now enough space for the switches in the network where the exchange and its power supply had been kept. The former exchange’s supply system, which is now much smaller, provides for the switches which in turn supply the devices with electricity over PoE. About 400 of the 800 foreseen extensions have already been migrated.”

Three CNR locations were involved in the test phase: Pisa (the “Area della Ricerca di Pisa del CNR”), Cosenza (“Instituto di Scienze Neurologiche del CNR, Mangone”) and Rome (“Sede Centrale CNR”). All three locations have three different types of terminals: traditional analogue telephones, which are linked to the PBX over cables, IP telephones connected to the internet and software phones which are integrated over computers linked up to the internet.

In practise, Rome was the most important location as it is the CNR head office and has a high volume of telephone traffic from locations across Italy. A configuration was simulated in Rome as if a new location was to be integrated into the VoIP infrastructure. To do this, a VoIP gateway from the German manufacturer, innovaphone, was connected to the PBX’s ISDN PRI interface. The gateway’s own integrated gatekeeper was not used for this, instead an additional gatekeeper was used which enables higher flexibility in the configuration. IP telephones from innovaphone were installed at the work stations.

As Klaus Wallnhöfer, Country Manager at innovaphone in Italy underlines, “The project has again proven the flexibility of the innovaphone solution and the possibility of smooth compatibility with products from other manufacturers. Conformity with the H.323 and SIP standards is one big plus point of our solution as is scalability and the possibility of smooth migration to VoIP. This, together with full compatibility with all international standards, helps to protect investments, making them future-safe.”

The VoIP installation is regularly used as described, for both internal calls within a location as well as for calls between various locations. The solution can also be used at an international level for the Global Dialling Scheme (GDS) by setting up the gatekeeper hierarchically. Originally, this was designed with H.323 video conferences amongst users in research networks in mind, providing an appropriate gatekeeper for every international prefix.

“We aim to provide a communications infrastructure for all CNR research institutions and branch offices,” Manlio Astolfi summarizes, “I would like to underline that CNR is integrated in the GARR international ENUM network. Several of our locations, including our headquarter in Rome, are already visible over ENUM.”