“Maximum security” and “high efficiency” were the primary requirements placed on the new communication solution for the Psychiatric Centres [Zentren für Psychiatrie (ZfP)] at the Weinsberg, Wiesloch and Winnenden sites in South Germany. A perfect tailor-made package was created with the innovaphone PBX and the Ascom alarm solution. The innovaphone PBX enables so-called “smooth migration”, i.e. gradual entry to IP telephony with full investment protection. In combination with the Ascom IP DECT security system, it offers the technological platform for a unified, centrally managed and highly available communication system without any media breaks.

Accommodation for patients in forensic psychiatry and for patients sectioned under the hospital treatment order is a particular challenge on structural requirements, on the care and technical environments within a clinic. The security aspect played a major role in the decision to redesign the infrastructure both in the Weinsberg clinic and at the Wiesloch site. Further central requirements included: 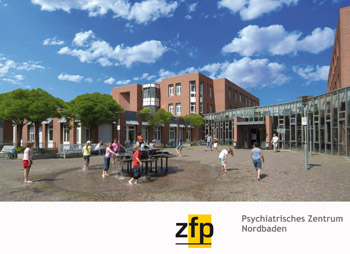 The companies, Ascom and innovaphone, have been working closely for many years and have a very productive technological partnership. At the Weinsberg clinic, Ascom had an installed DECT emergency system that was certainly to remain part of and be integrated into the new system infrastructure, in order to protect investments already made. In the first step, the innovaphone PBX on an IP6000 was switched between the existing Hicom 300 PBX and the Ascom DECT system. In addition, the existing analogue devices were converted to IP or analogue converters so that the actual installation work would only take up one working day, with finishing work in the following week.

A further system change for wireless telephony including an emergency call system was also pending. Whilst the “old” system was based on a two-wire connection (Ascom DECT) and it was necessary only to replace the central component with an IP DECT gateway (the installed 2-wire base stations could be kept) – keyword “smooth migration”; an Ascom IP DECT base station was installed in a new building complex in Weinsberg which could be directly connected over Ethernet. The advantages in the latter case are obvious: no separate wiring was necessary in the new building as the entire emergency call system is realised using the Ethernet that was necessary anyway. Mathias Kropf is the responsible manager at Ascom for the entire project, he comments: “Roaming and handover between the old system and the new system work perfectly. There are no limitations in extending the installation in the future. This means maximum protection for investments already carried out.”

The existing Siemens PBX including the DECT system and all patient telephones was also replaced in Wiesloch by an innovaphone PBX running on the IP6000 and an Ascom IP DECT system. The entire site was newly illuminated and coverage was provided by 360 Ascom base stations. This guarantees that a base station is available absolutely anywhere within the clinic – an essential precondition due to the high security requirements within the hospital treatment order.

A unified homogeneous system without any media breaks

The individual clinics within the alliance have their own administration units but closely collaborate with each other. In order to enable the most efficient and cost efficient communication infrastructure within the alliance, the systems were linked to each other using WAN routes. According to Mathias Kropf, it was of utmost importance for those responsible that, “a modern scalable technology should be introduced which could be managed remotely and which had access to existing data pools – in one particular case the Active Directory.” 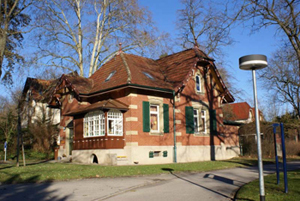 Simple maintenance and cost reduction with a centralised PBX

The introduction of the innovaphone PBX means that the IT departments are now responsible for telephony in these clinics. All three clinics agree that this has drastically reduced the amount of time needed for maintenance and trainings. Unlike previous models with their very high maintenance costs – traditional PBXs by renowned manufacturers –, the new system requires just a short training session in order for the in-house IT team to take care of any occurring maintenance. Voice quality is in no way inferior to that of traditional telephony. The value-added functionalities such as e.g. access to the Active Directory is very much appreciated by employees. Defective telephone receiver wires were the only cause of agitation at the beginning, but this was soon solved by quickly replacing the wires.

Ascom is very pleased with its choice of cooperation partner, according to Mathias Kropf: “innovaphone is a less well-known manufacturer and there was some scepticism at the beginning. The successful implementation of the project in the clinic alliance has impressively shown that innovaphone not only scores well in combination with Ascom in the DECT sector, but that innovaphone has a fully mature and extremely powerful PBX, that is very much on a par with the big manufacturers in the industry also for fixed line telephony. Even more: precisely because it is a medium-sized company, innovaphone can react quickly and flexibly to customer requirements and is thus superior to a lot of the big providers.”

Concerning future plans, there are some ideas to integrate other buildings such as external day clinics into the communication infrastructure. “The projects that have already been realised in Heilbronn, Schwäbisch Hall and Schwäbisch Gmünd have shown how uncomplicated it is to integrate new sites with the innovaphone PBX,” comments Matthias Kropf.