You are here:     Company Our Customers impress Decor Polska

impress Decor is an international group of companies that develops and manufactures wood-based panel decorative surfaces for the furniture and flooring industry as well as for modern interior design solutions. The company employs more than 900 people and has offices around the globe: in Poland, Austria, Brazil, China, the United States, Spain, Germany, Colombia, Russia and Turkey. As a market leader, impress Decor’s state-of-the-art design solutions continuously satisfy a wide range of well-known companies all over the world.

The existing telephone system at impress Decor was outdated, had no unified administration and did not meet the requirements of a modern communication infrastructure. Once the IT managers had familiarized themselves with the solutions available on the market, the company decided to install a system based on a VoIP communication solution. The system that was selected was the innovaphone solution: IP Telephony and Unified Communications. The innovaphone PBX has a comprehensive scenario concept for companies in all industries and can be expanded flexibly depending on the individual customer needs – a feature that was of utmost importance for a large installation such as this one at impress Decor.

The decision in favor of innovaphone was taken based on a special requirement profile that included the following aspects:

As impress Decor is a dynamically growing company with many branches across the world, one of the advantages of the innovaphone PBX proved pivotal for the decision: the unlimited scalability of the VoIP and Unified Communications solution. innovaphone’s unique multi-location concept ensures that it will be possible in the future to integrate additional branches in other countries into the system. 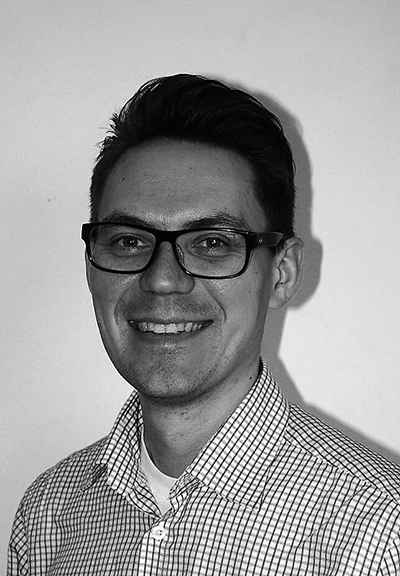 Project Implementation: Smooth Migration to IP and the Concept of a Homogenous Network Infrastructure

The installation in Poland is based on an IP811 gateway and three IP base stations. The innovaphone IP811 VoIP gateway is recommended for all-in-one box PBX and UC installations, has a powerful processor and is a future-safe investment. In addition to the 15 IP DECT base stations, the IP6010 gateway was installed in Spain as smooth migration was required. The IP6010 VoIP gateway was chosen because it is the most efficient of all innovaphone gateways and is the perfect hardware component for sizable telephone systems and switchboards in large companies that have several branch offices. Brazil has an IP3011 VoIP gateway and four IP DECT base stations due to its PRA connection. The base stations mean the innovaphone PBX is extended to include DECT subscribers. Gateways that are suitable for the necessary operator connections (IP311, IP411 or IP811) will be installed at other sites (Russia, Colombia, Turkey, USA and Cyprus). In addition to VoIP gateways and base stations, the innovaphone solution for impress Decor includes the following end devices: IP112 multifunctional IP phones with color display, IP222 designer IP phones with interesting visual accents and new standards in terms of voice quality and energy consumption and IP64 IP DECT wireless phones. The IP64 has a color display and can be used as a stand-alone extension to the innovaphone PBX or to complement a desk telephone.

Jakub Gaszak summarized, "The entire implementation process was carried out as a problem-free smooth migration to the new technology, which gave us a high degree of investment protection, while at the same time enabling us to modernize the communication system step-by-step." He added, "The innovaphone unified telecommunication solution is now being used at all company sites. Thanks to this solution, communication amongst the branch offices around the world is now free of charge and more efficient. The individual components at all sites use the same software, which makes the administration of the innovaphone PBX particularly easy. In addition, the innovaphone PBX offers various security protocols that provide the best possible protection against various attacks.

For unified communications applications, impress Decor employees are divided into two main groups, the first group has a UC license and the second has a myPBX license. In addition, certain “mobile” employees have access to Software Phone licenses to ensure they can work flexibly on their laptops when they are out of the office. The myPBX app is very easy to use and combines a multitude of functions in a single, easy-to-use interface and offers optimal communication via telephony, phone directory and favorite contacts, call history, Presence information and video telephony. The employees are very satisfied with the simple and intuitive UC client myPBX and benefit from functions such as Chat, Video and Softphone.

In summary, the company’s employees, the IT department and those responsible for project implementation are very satisfied with the new communication solution. The employees have been equipped with a modern solution based on trend-setting telecommunications technology and modern applications.

The new system is excellent value for money and guarantees full investment protection due to its unlimited scalability. The standard licensing model allows services and users to be easily moved between branches. The implemented UC solution means that users can work with both landline phones and Software Phones.

Future plans include further developing the innovaphone VoIP solution and integrating additional foreign branches into the internal network. When asked about future plans, Jakub Gaszak replied: "We plan to work more closely with the LDAP customer server to provide a central address book and to unify the communications concept through greater use of UC.