You are here:     Company Our Customers Olympia Metropolitana

Teatro Olympia is a subsidiary of Olympia Metropolitana S.A., whose principal area of business includes the operation and management of theatre halls. Besides Teatro Olympia, the company Olympia Metropolitana S.A. is responsible for managing various community premises in Valencia, including the Teatre Talia, the auditoriums in Torrent and Vall de Uxo, the Palau Altea theatre and the theatre auditorium in Catarroja.

Dating back to 1915, the imposing Teatro Olympia building was constructed on the grounds of a former abbey. This historical building is now equipped with forward-looking IP technology from the German manufacturer, innovaphone.

The old installation was a very diverse communication infrastructure: the customer had a leased IP PBX and telephones from a national provider. However, the trunk lines and mobile connections were still ISDN. Moreover, the price of the service changed depending on the number of installed devices. At the beginning it was just 5 devices, but with the rapid growth of the company, this number quickly doubled. When the time came for new devices to again be added to the system, the costs compared to the initial situation were so much higher, that Olympia Metropolitana began to consider looking for its own in-house PBX and end devices as well as a solution to fully migrate to pure IP. Various solutions and offers were taken into consideration. During the first 4 years, the new solution from innovaphone brought savings in excess of EUR 1,500 per year and more than EUR 3,000 from year 5. In addition to the financial savings, the scalability of the innovaphone solution was another issue that spoke in favour of the German manufacturer’s solution. The PBX from innovaphone allows additional extension numbers to be installed in the affiliate offices to integrate them directly into the new telephone system. 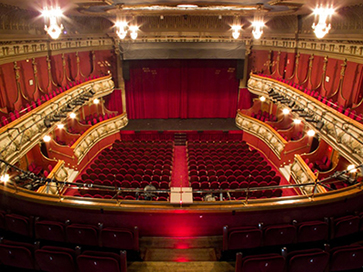 Installation and Architecture of the New IP Telephone Solution from innovaphone

Once the customer had identified the requirements for the new system, Olympia Metropolitana decided in favor of innovaphone. The innovaphone system had been put forward by ibermedia, a local innovaphone partner specialized in IT and communications services, and located in Valencia. The installation process for the innovaphone PBX soon began. From the technical side, it was a challenge to complete the migration process from an analog provider to an IP provider in the shortest possible time. At the beginning both systems ran side-by-side, but as soon as the local installation was up and running, the application to change providers was filed. The old systems were switched off as soon as the new lines were connected. The customer continued to be reachable almost the entire time and the service was not interrupted except for the time-span required to switch the operator. Once this step was completed, everything was in place to begin installing an innovaphone PBX on the basis of an IP800 gateway without touching the old configuration. Fifteen IP112 IP phones were also installed in the theatre building and the administrative offices. With its large color display, a USB interface for headsets and a Gigabit Ethernet connection, the IP112 IP phone is the perfect choice for telephony and unified communications. Furthermore, a connection was installed for mobile SIP devices.

“The new innovaphone PBX largely meets the customer’s expectations and feedback on the new installation has been extremely positive to date. Approximately 10 hours were needed for the technical configuration of the new telephone system. The installation took just one hour once the transferability of the connections had been confirmed and we had been given a date and time for the changeover. Another 2 hours or so were needed for further adjustments, the configuration and installation of the new system went without a hitch”, explains José Enrique López, technical manager and project manager at ibermedia.

Olympia Metropolitana S.A. already has plans in place to extend the IP infrastructure to several other theatres in order to integrate the end devices there into the innovaphone PBX using VPN.