With approximately 80,000 electronic and PC technology products, some 270 employees and more than 45 years of experience, reichelt elektronik is a traditional mail order company that supplies not only industrial companies but also small companies and end users. An in-house developed, bespoke, high-performance software forms the basis for the company’s short lead times, high reliability and customer satisfaction. In the course of having a new warehouse built, the communication infrastructure at reichelt elektronik was fully modernised, moving from a conventional telephone system to an innovaphone system.

Plans to extend the warehouse capacities and construct a new building meant that the electronics distributor based in Lower Saxony also had to extend its communication system. A task that proved impossible with the old, conventional telephone system, which had reached its capacity limitations and was outdated. The existing network infrastructure permitted a modern IP telephone system to be implemented. Having gained an overview of several systems on the market, the responsible managers decided in favour of the innovaphone PBX. In his capacity as project manager, Frank Eckardt, System and Network Administrator at reichelt, states the decisive reasons for choosing innovaphone: “The technology, concept and the price convinced us."

Trouble-Free Transition Thanks to “Smooth Migration” 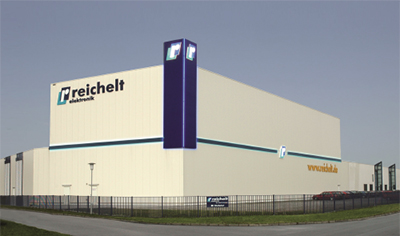 One fundamental requirement placed on the introduction of the new IP telephone solution was that the transition from the old to the new system should be trouble-free, in technical jargon “a smooth migration”. The advantage: This meant that the departments could be migrated gradually over a three-month period; there was absolutely no interruption in the service as the old and new systems temporarily ran in parallel. The existing well-developed network infrastructure was also favourable and enabled the innovaphone PBX, based on an innovaphone IP6010 VoIP gateway, to be switched in front of the old telephone system without any need for further preparatory work.

The call centre, which uses ACHAT software from the company authensis, was the first department to be switched to the new system. All call centre numbers and gates were directed via the innovaphone PBX, as was the ACHAT software, which could be changed over to the new system without a hitch. The latter bundles all of the communication functions required in the call centre (inbound and outbound calls, e-mail, fax, voicemail, collaboration, chat, callback etc.) on just one platform thus enabling highly efficient workflows.

All calls to other departments were initially directed by the innovaphone PBX to the old telephone system to be distributed further. Over a period of some three months, all of the departments at reichelt elektronik were gradually integrated into the new system.

In addition to the innovaphone IP6010 VoIP gateway, which is the core of the innovaphone PBX, innovaphone IP112 and IP222 phones were delivered to Sande in Lower Saxony. The latter belong to the design series that was honoured with the “red dot award: product design” award and are primarily used in the call centre and administration departments. The mail order company uses the innovaphone IP29 IP Adapter to connect analogue devices such as faxes and franking machines.

reichelt elektronik has an in-house technical department that looks after the maintenance and administration of the innovaphone PBX - Frank Eckardt underlines the simplicity: “Maintaining and administering the new system is pretty easy. Of course, the fact that we do not need an external service to operate and maintain the new innovaphone solution has a positive effect on running costs.” When questioned about the employee satisfaction with the innovaphone system, Eckardt continues: “It only took a short time to familiarise ourselves with the new system and we are now very happy.”

Plans to expand the innovaphone solution will move ahead in coming months. The IP telephony infrastructure will grow in line with reichelt elektronik’s expansion plans. 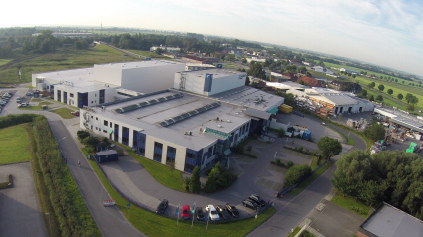