The Magdeburg-based family company, Strehlow GmbH, has some 370 employees and has been taking care of patient health at home, in hospitals, rehabilitation and homes for the elderly for more than 25 years. As well as its headquarters in Magdeburg, the medium-sized trading and service company has three other branches in the city. Once the old telephone system became unreliable, the decision was made to replace it with an innovaphone PBX, which greatly improved the user experience for the employees.

As the outages of the old telephone system at Strehlow GmbH increased, it became clear that company communications had to be renewed. Different solutions were considered in consultation with the service company, MDCC Magdeburg-City-Com GmbH. The customer’s catalogue of requirements contained the following items:

Florian Hänschke, head of IT at Strehlow gives the following reasons why the company finally chose an innovaphone IP telephony and UC solution: "Ultimately none of the telephone systems that we evaluated fulfilled all of our specifications." The big advantage of the innovaphone system lay in the good integration of the Voxtron solution that provides intelligent call distribution. This combination met all of our expectations." There were other additional items that spoke in favour of the innovaphone PBX. In this context, Florian Hänschke names, "the ease of administration, software additions, the flexible license model, the high reliability through backup and redundancy structure". He added all of the benefits that are associated with IP telephony from the outset: connecting all company sites via dedicated fixed connections, as well as the possibility of integrating sites in the telephone system in a meaningful way. 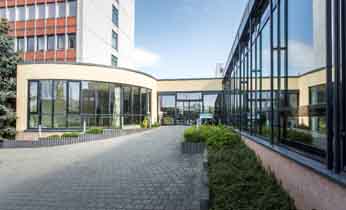 Strehlow GmbH had found a professional regional partner in MDCC, which oversaw the project competently and which was consistently at the ready in terms of support for any arising questions. The whole infrastructure that had to be integrated into the new innovaphone solution included the Strehlow headquarters in Magdeburg, as well as three other company sites, also in Magdeburg. The innovaphone PBX was set up at the headquarter’s data centre and was  based on an innovaphone IP0010 VoIP gateway. The latter has no ISDN interfaces, just a SIP connection. Two analogue innovaphone IP28 adapters are connected to the IP0010 in order to integrate analogue devices such as fax, etc. The three other branches in Magdeburg are connected directly to the main PBX via the WAN of the local telecommunications service provider MDCC. With regard to the devices, approximately 100 IP241 innovaphone IP phones were connected at headquarters and 30 IP241 at the other sites. Furthermore, 10 innovaphone DECT devices were added for telephony in the warehouse. 15 UC client licenses were purchased to enable use of the innovaphone unified communications solution. In this way, the multiple UC functionalities of the innovaphone PBX such as video, chat, presence, conferencing, application sharing, etc. can be used via the UC Web client myPBX. When there is a very high call volume, Strehlow still has the possibility to additionally use the Voxtron call centre software.

In answer to the question of how much time it took to install the new solution, Florian Hänschke explains: "Due to the fact that the service company, MDCC, had already performed the preliminary work, we only needed 6 hours in-house for the final roll-out. One of our employees worked on the preparations for about 3 months before the rollout. There were no particular difficulties during the entire project.

The staff at Strehlow GmbH are very satisfied with the new solution. Florian Hänschke takes stock: "The fact that the devices could be operated intuitively was particularly advantageous as we had very little need for training. On the other hand, user comfort improved tremendously compared to the previous system, which admittedly had very few of the now-standard features. The central phonebook of the innovaphone PBX in particular represents a giant step forward." Voice quality certainly wasn’t any poorer than when using a conventional PBX. The in-house IT Department is pleased to see how "very low maintenance and extremely reliable the innovaphone PBX is," says Florian Hänschke. Concerning the economic balance, it is difficult to show the monetary advantages of the new solution: "Overall, we are talking about quite a higher investment volume in the field of telephony. However, we should bear in mind that it also includes costs for fixed Internet connections, which we previously didn’t need. On the other hand, we were able to cut costs thanks to IVR and CTI. All-in-all the innovaphone PBX was a good decision,"continues Hänschke.

As regards the future development of the communications infrastructure for the health services company Strehlow, the agenda still contains some points - including the further expansion of IVR modules, the introduction of skill-based routing and connecting additional company sites. 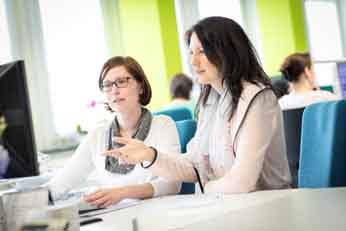